See our fact sheet below for a list of sitting justices and judges and their Republican challengers.

Did you know that the NC Supreme Court leans overwhelmingly Democratic by a count of 6-1?
Help us elect more conservatives to the Supreme Court and Court of Appeals in 2020!

Print out and save the following list of 2020 NC Judicial Candidates, or you can visit the Judicial Victory website to read more about the candidates.  Scroll down for more information on the structure of our state's court system. 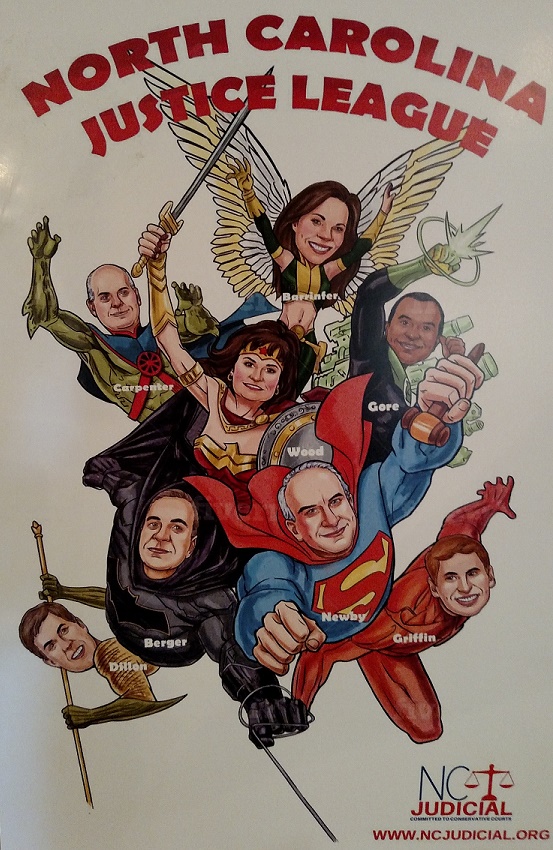 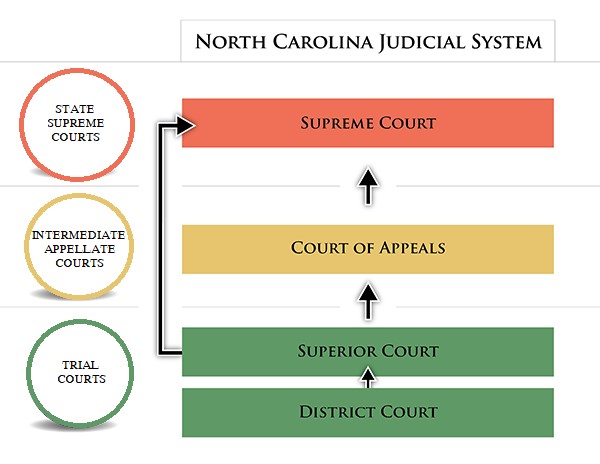 The North Carolina Supreme Court is comprised of a Chief Justice and six associate justices. Each justice serves an eight-year term.

Superior Court is divided into 48 districts within five divisions across the state. Every six months, the judges rotate among the districts within their divisions.  Judges are elected to serve eight-year terms.

District Court is divided into 41 districts across the state and sits in the county seat of each county. Judges are elected to serve four-year terms.