The German shepherd dog died Wednesday night, Oct. 31, following a sudden illness. He was nearly 10 years old and served the town for about six years before retiring last fall. He continued to live with his handler, Officer 1st Class Mike Toellen, and his handler’s family.

“Viper was a great police K9 and a fantastic asset for the department,” said Lt. Davis Trimmer, commander of the Patrol Division. “He was so outgoing and social and a great representative of the Hillsborough Police Department. We have missed him since his retirement, and our hearts go out to Mike and his family. Our police dogs, even after retirement, are a part of the HPD family.”
Viper worked with Toellen for about two years, first working and living with Cpl. Mike Foushee before Foushee retired in 2015. The police dog had to retire last fall after developing an unidentified medical condition that made it no longer possible for him to walk long distances or to work. He developed a strong bond with Toellen’s young son and became a family dog.

“It gave me tremendous peace of mind that Viper was looking out for my family while I was at work,” Toellen said.
As a dual-purpose patrol dog, Viper was able to track people, perform building searches and locate narcotics and other items in addition to protecting his partner and apprehending suspects. Noteworthy actions in his time with the town include assisting the Orange County Sheriff’s Office by locating a person who ran from a vehicle stop and assisting the Hillsborough Police Department by locating guns that a suspect had buried in a pile of rubble.

“What these dogs are capable of is really amazing,” Toellen said as Viper was retiring. “What they can do with their nose, the smallest scent they can find, it’s something to see.” 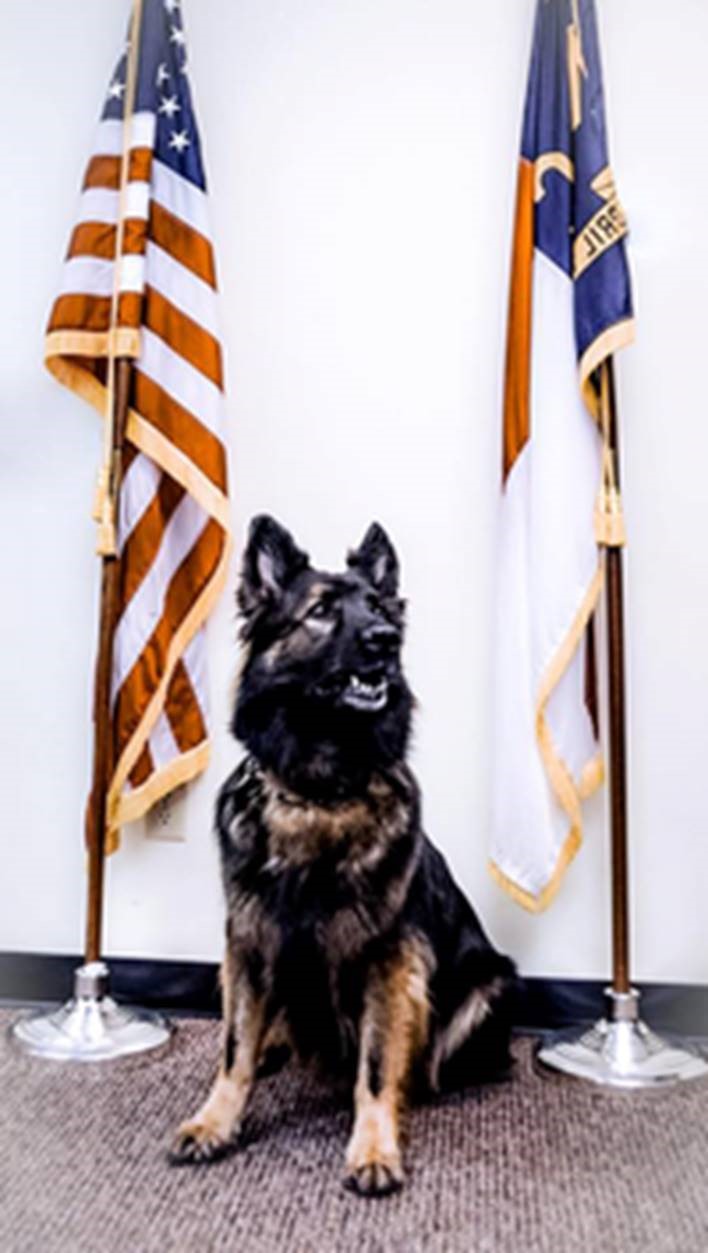 Join our email list to keep up to date with the Orange County, NC GOP!

Chip in to support our grassroots efforts in Orange County, NC!