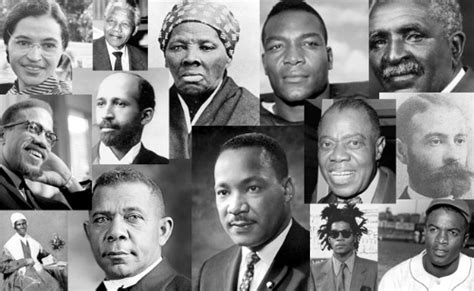 This February we honor Black Americans by recognizing their contributions and achievements in our country’s history and in our world today.  In 1926 Dr. Carter Woodson, a black historian, introduced Negro History week to occur around the birthdays of President Abraham Lincoln and Frederick Douglass as a way to celebrate, teach and remember the richness and intellectual fabric of black culture and how important it is to our country. President Gerald Ford proclaimed Black American History month in 1976.

Black Americans have defended our country since the Revolutionary War and served in the armed services during all our nation’s wars. Famous units include the Army Buffalo Soldiers and Black infantrymen 1866-1890, and the Tuskegee Airmen, one of the most celebrated units in WWII history.

Meet Harriet Tubman (1822-1913), a trailblazer abolitionist and activist who fought for freedom for slaves as a conductor in the Underground Railway.

If given the opportunity, reach out to our fellow Black Americans and let them know we stand shoulder to shoulder with them against all forms of racism in our country, moving stronger together in the future.

“Success is to be measured not so much by the position that one has achieved in life as by the obstacles which one has overcome while trying to succeed.”  -Booker T. Washington, educator, author, orator and advisor to presidents, 1856-1915